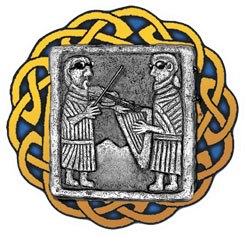 The Spanish Peaks International Celtic Music Festival celebrates its 12th anniversary in 2016. The Festival owes its existence to Jack and Barbara Yule who retired and moved here from Scotland in December 2000.  Jack is a well known maker of Celtic harps, and a melodeon player. Barbara is a well known folklorist and storyteller, having earned her Ph.D. in Folklore from the University of Edinburgh.  Their daughter, Heather Yule, is a professional harpist and still lives in Scotland.

Following their move to Huerfano County, summers saw a number of their friends traveling from Scotland in order to visit Jack and Barbara and experience this very different landscape.  Many of those visitors were traditional musicians in their own right, and these summer visits often featured impromptu ceilidhs with Jack, Barbara, their friends from Scotland, and a few fortunate local friends.  These were so popular that Barbara took it on herself to organize a full-fledged Celtic Music Festival!  Thus, the Spanish Peaks International Celtic Music Festival was born in 2005! 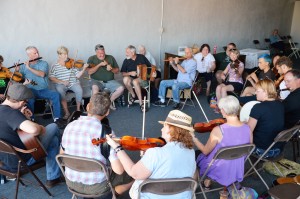 Barbara envisioned a festival similar to the traditional music festivals back home in Scotland.  Those festivals are smaller than the mega-festivals we see so often in the US.  The smaller size allows for the artists and attendees to interact closely.  There are no thousand-seat auditoriums at this festival!  Our artists perform at concerts, play at an open session at the pub, and teach a workshop the next day!  Our festival places equal emphasis on both “entertainment” and “education”, thus the number of workshops that focus on various instruments (harp, fiddle, whistle, pipes, bodhran, etc.) as well as dancing, singing and storytelling.

The Festival also features a community outreach component as artists conduct workshops in the local schools.  Additionally, events are held in various locations around the county, strengthening community connections through the best of Celtic music.

The Festival has no paid staff.  It’s a labor of love and volunteers work throughout the year to insure that the Festival lives up to its reputation for providing the best of traditional Celtic music, emphasizing education and entertainment.

Dear Festival supporters, Many of you know that the Spanish Peaks International Celtic Music Festival is volunteer run, and always has been.  None of us are professionals in the music... END_OF_DOCUMENT_TOKEN_TO_BE_REPLACED

Many of you have had the privilege of listening to Jon Sousa and Adam Agee over the years.  We certainly have at the Spanish Peaks Celtic Music Festival.  Recall the... END_OF_DOCUMENT_TOKEN_TO_BE_REPLACED

Dear Festival supporters, We are now less than a week away from this year’s Festival.  In the next couple of days I will posting some highlights of this year’s program... END_OF_DOCUMENT_TOKEN_TO_BE_REPLACED

Dear Festival goers, We will begin with a bit of unfortunate news today, and then finish with some more hopeful news. One of our most anticipated acts this year was... END_OF_DOCUMENT_TOKEN_TO_BE_REPLACED