Everything Celtic in Spanish Peaks Country

People of many backgrounds were brought together by shared stories, music, song, and dance.

Spanish Peaks International Celtic Music Festival (SPICMF) has been perpetuating these customs during the last full weekend of September for over a decade.   It has been a preferred place to meet with others who share a passion for the various sounds from Celtic cultures that have been often separated by time, miles, and local traditions.  Musicians have come from Ireland, Scotland, Canada, France, Italy, Germany, and Spain to teach and perform.  In the process, musical connections have been made and enjoyed not just through regional representations but also from spotlighting connecting genres from Jazz to Americana.

The folks behind SPICMF will again bring some of the best musicians in the world to perform, inspire, and experience the magic of Spanish Peaks Country September 21-24.  Festival-goers will come from near and far to listen, learn, sing, dance, and celebrate.  The events of the days ahead are designed for all levels of interest and budgets and are offered in a relaxed environment.   SPICMF encourages you to be open to the unique festival opportunities – whether you just want to dip in a toe or immerse your whole being, this is your weekend.  Enjoy!

Thanks again to our volunteer festival staff and folks who support this event with their time, talents, and resources, and the performers and festival-goers who make this fest happen. 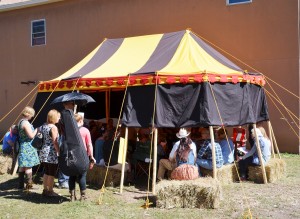 The Spanish Peaks International Celtic Festival is now in its 13th year fulfilling its mission to serve Huerfano County and beyond with fantastic concerts, singing, dancing, and tale-spinning plus a wide variety of instrumental workshops taught by our guest artists. The festival also provides free community activities like the 6th Street Hooley Concert in Walsenburg; our very popular picnic ceili (a musical party) at Up Top; Scottish and Irish folk dancing in La Veta Park; a Sunday Sing Along, and numerous free beginning instrumental workshops. Then there is our all-important Schools Outreach Program, which includes artists’ visits to every school in Huerfano County.

Something for Everyone! Music, Singing, Dancing, and Education! – Don’t Miss It!

Dear Festival supporters, Many of you know that the Spanish Peaks International Celtic Music Festival is volunteer run, and always has been.  None of us are professionals in the music... END_OF_DOCUMENT_TOKEN_TO_BE_REPLACED

Many of you have had the privilege of listening to Jon Sousa and Adam Agee over the years.  We certainly have at the Spanish Peaks Celtic Music Festival.  Recall the... END_OF_DOCUMENT_TOKEN_TO_BE_REPLACED

Dear Festival supporters, We are now less than a week away from this year’s Festival.  In the next couple of days I will posting some highlights of this year’s program... END_OF_DOCUMENT_TOKEN_TO_BE_REPLACED

Dear Festival goers, We will begin with a bit of unfortunate news today, and then finish with some more hopeful news. One of our most anticipated acts this year was... END_OF_DOCUMENT_TOKEN_TO_BE_REPLACED