Once Again, From Lúnasa….

Once Again, From Lúnasa….

The 2018 Spanish Peaks Celtic Music Festival was thrilled to have three fabulous musicians attend: flute and whistle player, Kevin Crawford, fiddler Collin Farrell, and guitarist Patrick Doocey.  All had played with Lúnasa, the band that the New York Times described as “…the hottest Irish acoustic group on the planet.”  In 2019 Kevin Crawford returned, this time bringing with him the gifted Armagh uilleann pipe and low whistle player, Cillian Vallely, also with Lúnasa.  This year we feel very fortunate to bring them all together again (except Patrick Doocey).

Along with guitarist John Doyle, they have long performed together in numerous combinations.  Here’s one sample from 2015, another from 2013 as the Teetotalers (with Martin Hayes), and a third virtual performance (at the 12:50, 22:15, 43:04 marks, and then intermittently throughout) from TuneSupply.

There are numerous reasons you’ll want to hear them this year.  First, they are master performers who will take you to the edge, and then a bit further.  Second, they really keep the late-night open sessions playing at the highest level.  Third, they will be leading a two-part session playing workshop for all players at the intermediate and above levels, and lastly, they will all be leading teaching and demonstration workshops.

We will be announcing the schedule any day now, so be sure to watch your email for updates. 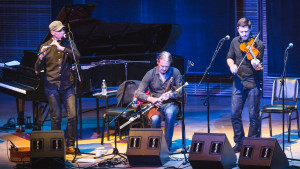 PS – Here’s one last video tidbit from 2018, including Patrick Doocey.

The Spanish Peaks Celtic Festival would like to wish our followers the most joyous holiday season! This is a very special time of year for us – this is when... END_OF_DOCUMENT_TOKEN_TO_BE_REPLACED

November 11, 2022 For Immediate Release: We are pleased to announce that the 2023 Spanish Peaks Celtic Music Festival is planned for September 21–24, 2023.  Located at the foot of... END_OF_DOCUMENT_TOKEN_TO_BE_REPLACED

A hearty THANK YOU to all of the supporters and friends of the Spanish Peaks Celtic Music Festival!  This year’s festival was (according to many of the attendees), one of... END_OF_DOCUMENT_TOKEN_TO_BE_REPLACED

To all of our loyal Spanish Peaks Celtic Music Festival Supporters: We are just a few hours away! In order to have time to create our class rosters, we have... END_OF_DOCUMENT_TOKEN_TO_BE_REPLACED