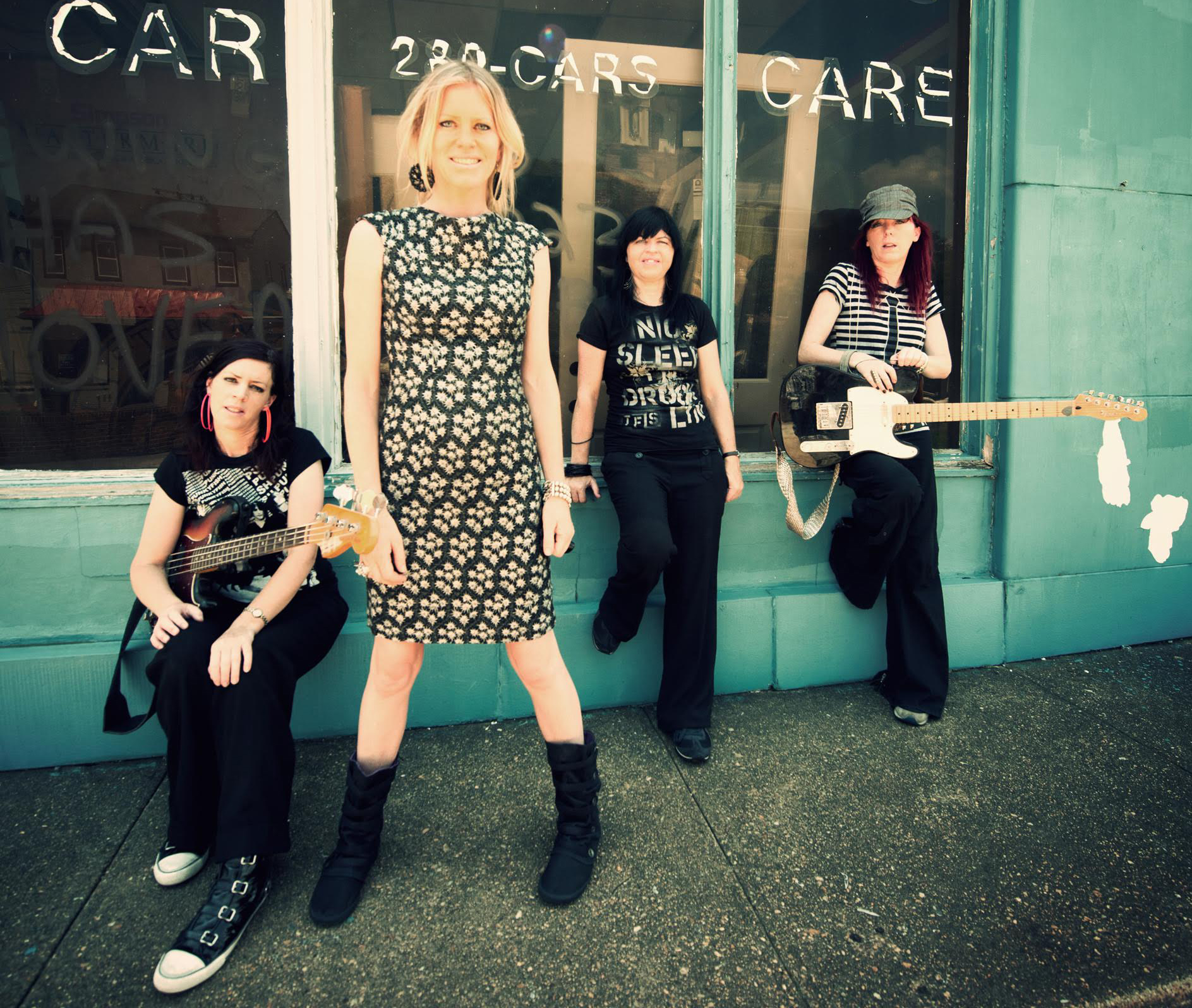 The Screaming Orphans, four young innovative and energetic sisters from Donegal, will join us for Festival Week this year bringing their signature blend of trad and pop rock. Joan, Angela, Gráinne, and Marie Thérèse Diver will hit the ground running performing in concert for all La Veta Elhi students in the gym on Thursday morning, 21 September.

You may remember the resounding success of 2016’s Hooley in Walsenburg where local school kids had a chance to perform on stage with The High Kings. The Kings, the singers, and the audience loved every minute. This year, the Orphans pick up where the Kings left off. Don’t miss Friday’s early evening Hooley, 22 September at Miners Park on the corner of 6th & Main Streets for your chance to see and hear this year’s crop of student singers kick it with the Screaming Orphans.

Throughout the weekend, the sisters will be singing and teaching at workshops. Their headliner concert is set for Saturday, 23 September, at 8:00 pm. Don’t miss it!

Oh, and check out their charming band member intro at www.thescreamingorphans.com

The four Diver sisters grew up in a family rich with the tradition of Irish Ceili music and song. Here is a little bit about their Irish roots background.

The girls’ maternal grandfather, Richard Fitzgerald, came from Killenaule, Co Tipperary and grew up in a very musical family of seven. Richard emigrated to the US and met and married the girls’ grandmother, Ann Begley, from Carrickmore Co Tyrone. They settled in Elizabeth, New Jersey, where the three oldest children were born, Richard Jr (Richie), Barney, and the girls’ mother Kathleen. 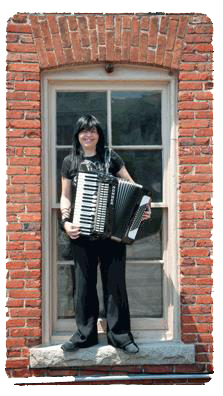 Ann then returned to Ireland where she raised the family and established a hotel that in the following years became famous as a home of great Irish music and tradition. Richard Sr, who stayed on for a while in the US after Ann and the children returned to Ireland, sent home a piano accordion to the family and Richie immediately showed an interest in the accordion. As there was no one around to show him how to play, he worked on it for a while on his own and started to show an incredible talent for music. His mother then put this talent to good use by having him play in the little shop and cafe she had attached to the hotel, the aim was to attract in customers. At this stage Barney had also started to play the accordion and would harmonize with Richie lead playing.

A talent scout from Belfast, who happened to be passing the shop one day, noticed the crowd gathered outside and heard the great music coming from inside. He managed to get in and ordered a cup of tea and spent some time listening to the boys playing. He was at that time involved in promoting Jimmy Shand, the great and legendary Scottish band leader, who happened to be touring Ireland. He was so impressed with the playing of both Richie and Barney that he asked them to join the members of the Assaroe Ceili Band (a local group from Ballyshannon) who had been hired as a support act to the Jimmy Shand Band for the tour. This resulted in the Fitzgerald brothers’ first tour of Ireland. 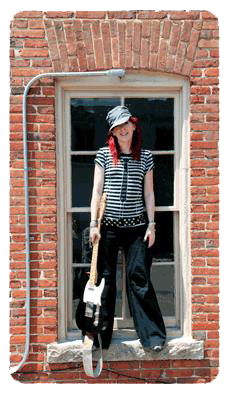 When this tour ended, Richie formed his own Ceili band, The Richard Fitzgerald Ceili Band, which Kathleen later fronted as lead vocalist. The band went from strength to strength, so much so that they were voted Irelands’ Top Band in a competition sponsored by RTE and Michelstown Creameries. The prize was 15 minutes of airtime every week featuring the bands’ music. This continued for 11 years and subsequently led to widespread acclaim for the band and their music.

The addition of Kathleen as lead vocalist added a new and interesting element to the band’s sound. Kathleen’s hit song Beautiful Bundoran, written by Waterford native Mai O Higgins, and her renditions of other popular ballads increased the popularity of the band at home and with the Irish overseas. This catapulted the band to new heights which could be seen clearly in the band’s constant sold out shows of the late ‘60s and into the ‘70s. They recorded for His Masters Voice (HMV), Dublin, and Polygram records, performing for both the BBC and RTE TV channels. 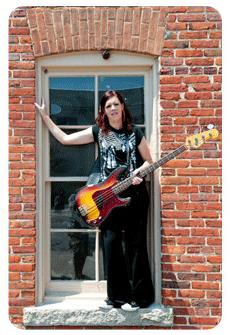 Coming from such a musical family background it was no wonder that the girls started playing at an early age. Their early musical training came from the local nuns and this can be seen in the early recordings of Marie Thérèse and Gráinne aged three years old respectively. Through their mother and uncles they learnt a massive repertoire of Irish folk, pub, and ballad songs as well as the music of O’Carolan.

The girls also were exposed to the constant sounds of music in the house as their mother Kathleen continued to make recordings after she left the band so musicians were always down at the house rehearsing and their Uncle Ritchie came down every Friday night to teach them the traditional tunes that had made the Fitzgerald Ceili Band so famous. Their dad, who had served in the U.S. army when he was young, also had a large record collection of old time country music collected during the time he spent in the U.S., and these with the traditional Ceili tunes and songs learned from their mother and uncles became the soundtrack to the girls early life. 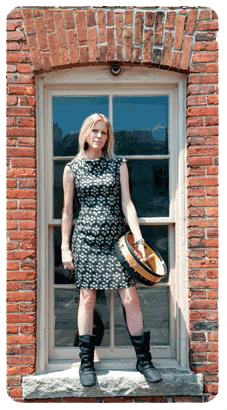 It was only natural that the girls would form a band of their own and they were named (the very un-original) Diver Sisters. This became their summer job and they played for the tourists in hotels around the county and got a lot of the local support slots to big artists at the time such as Paddy Reilly, The Dubliners and The Furey Brothers, and Davey Arthur to name but a few. During this time they also toured the UK, Scotland, and Germany extensively with their mother as lead singer and learned many hundreds of songs, including emigrant ballads that were popular at the time with a large amount of ex-pats that came to their shows. This was a great learning curve for the girls and has shaped them into the performers they are today.

When the girls reached their teens they decided that they had outgrown the name the Diver Sisters and adopted the name The Screaming Orphans; thus was launched the band’s second phase. Although they are known for their pop songs they have never lost touch with their roots and can easily switch from an original pop song into a trad tune or a verse of the Galway Shawl.

The Spanish Peaks Celtic Festival would like to wish our followers the most joyous holiday season! This is a very special time of year for us – this is when... END_OF_DOCUMENT_TOKEN_TO_BE_REPLACED

November 11, 2022 For Immediate Release: We are pleased to announce that the 2023 Spanish Peaks Celtic Music Festival is planned for September 21–24, 2023.  Located at the foot of... END_OF_DOCUMENT_TOKEN_TO_BE_REPLACED

A hearty THANK YOU to all of the supporters and friends of the Spanish Peaks Celtic Music Festival!  This year’s festival was (according to many of the attendees), one of... END_OF_DOCUMENT_TOKEN_TO_BE_REPLACED

To all of our loyal Spanish Peaks Celtic Music Festival Supporters: We are just a few hours away! In order to have time to create our class rosters, we have... END_OF_DOCUMENT_TOKEN_TO_BE_REPLACED