Our Vision Statement reads, “The premier international Celtic Music Festival Destination, located at the foot of the Spanish Peaks.”

The Spanish Peaks International Celtic Music Festival (SPICMF) is that, a Celtic music festival, but really so much more.  We are more accurately a four day ‘destination-retreat’ where internationally respected artists and scholars not only perform in concert, but share their musical talent and knowledge in a full range of upwards of fifty plus workshops, demonstration talks, and open (free) singing, dancing and playing sessions for all.  In addition we provide musical and cultural education at no charge to the schools in our county.

We express all this in our Mission Statement: “The SPICMF celebrates the living legacy of the worldwide Celtic cultures and traditions with opportunities to experience the diversity of Celtic spirit through creative interaction, education and performances.” 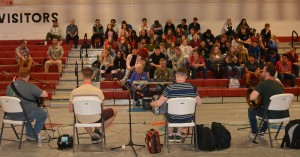 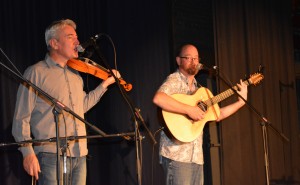 We are located in Huerfano County, in the southeastern quadrant of Colorado, approximate three hours drive south on I-25 from Denver.  At 7000 feet about sea level, we are surrounded by the Spanish Peaks to the south, the Sangre de Cristo mountains to the west, and Greenhorn mountain to the north. 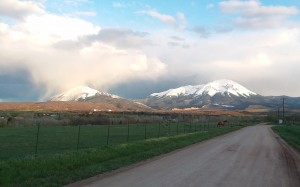 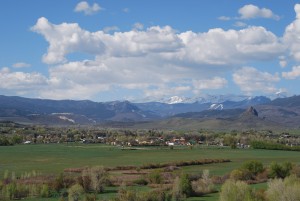 Looking  towards La Veta and the southern Sangre de Cristos

An annual event, the Spanish Peaks International Celtic Music Festival, is now in its 16th year.  Amazingly, this unique non-profit cultural/education event has its roots in an annual picnic gathering hosted by Scot Jack Yule and his wife Barbara. They were joined by local and visiting musicians from Scotland who met each summer in remote Gardner, Colorado starting in 2001. Joining the musicians each year in increasing numbers were picnicking families who took part in the communal singing and folk dancing, turning the event into a rousing Irish/Scottish ceili.

From such humble beginnings a two day festival was created in 2005, not just in Gardner, but reaching out to the whole of Huerfano County, eastern Colorado and beyond. Within two years, the festival had grown into its present four-day ‘destination-retreat’ where internationally respected artists and scholars not only perform in concert, but share their musical talent and knowledge in a full range of upwards of 50 plus workshops, demonstration talks, and open (free) singing, dancing and playing sessions for all.  Especially popular are the late-night sessions at local establishments.  Among the well known musicians who have come to the Festival thru the years are Carlos Nunez, The High Kings, The Old Blind Dogs, Kevin Burke, John Doyle, Martin Hayes, HighTime, Moya Brennan, Kevin Crawford, Máirtín de Cógáin, Ed Miller, and many, many others. 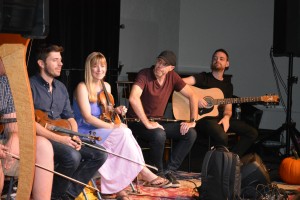 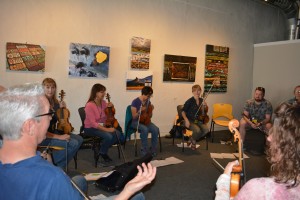 How We Make the Festival Happen

Bringing internationally renowned musicians and teachers from across North America, Scotland, Ireland and beyond is not simple or inexpensive undertaking. Because the Festival has rarely had large donations, and because it is difficult to balance all of the logistics and needs of the Festival with the revenue alone, it is very fair to wonder how the Festival does it.   Over the years there is an amazing list of people who have given of their time and energy to make the Festival happen. Without volunteers the Festival doesn’t exist. Add to them the folks who provide housing to the musicians and significant others, and the venue hosts throughout Huerfano County that provide the Festival event settings, most often at no charge. Finally, there is the skill and wizardry of Artistic Director Pat McCullough of the Celtic Connection in Denver who each year recruits the very best in their field for far less than what they can make in other settings.  We are truly a community-driven event.  We are also a 501(c)(3) non-profit, and you, too, can be part of the Festival by becoming a sponsor, making a donation., or by becoming one of our many volunteers.

As you undoubtedly know, the Spanish Peaks International Celtic Music Festival sadly concluded that we had to cancel our 2021 event.  We have not been surprised by the collective loss... END_OF_DOCUMENT_TOKEN_TO_BE_REPLACED

Huerfano County, Colorado Dear followers, Over the last several months, the Board of  Directors of the Spanish Peaks International Celtic Music Festival, with growing hope and building anticipation, have been... END_OF_DOCUMENT_TOKEN_TO_BE_REPLACED