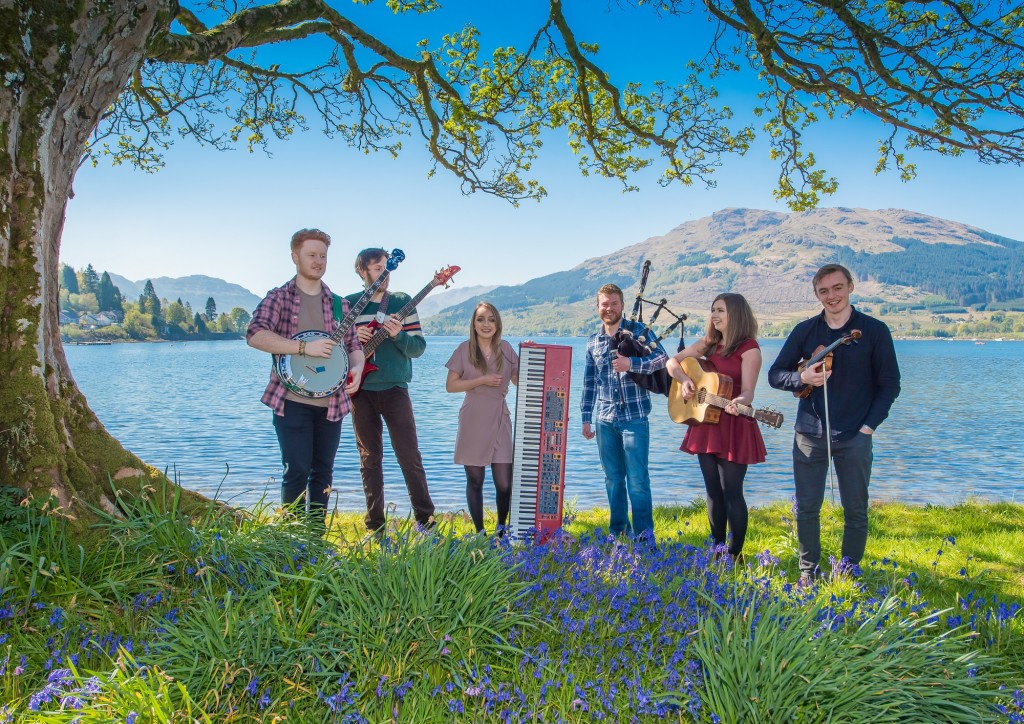 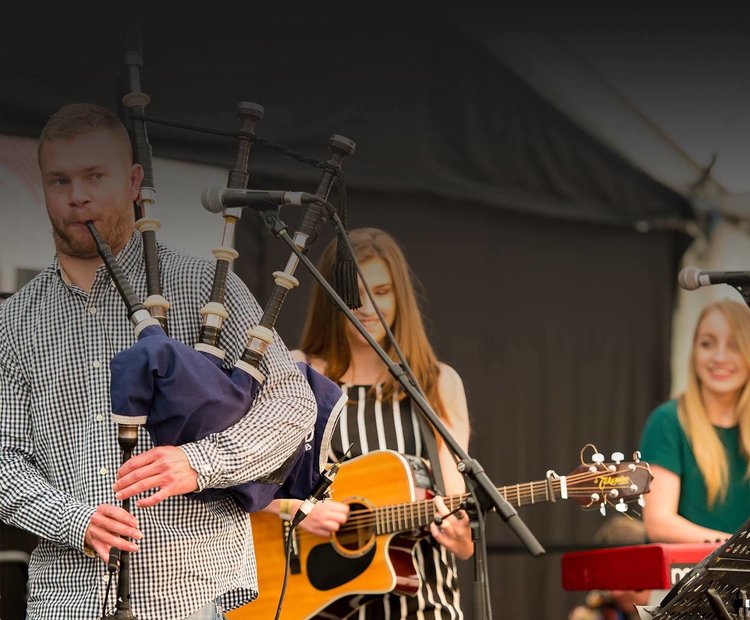 Heron Valley are an extremely friendly group of individuals who love to travel the world, and so the opportunity to play music in the US only adds to their energy on stage!

Since their inception in 2011, Heron Valley have always ensured that they are conveying the highest amount of energy they have to every crowd they play to, ensuring that people who come to see them live have a fantastic experience.

Heron Valley has quickly made a massive impact on the folk scene in Scotland, and 2016 seen them on their tour of 11 Festival stages over the UK., while 2017 seen them on a tour of over 20 festivals around the UK and Europe.  Johnny Walley at Folk Music Radio was ‘particularly impressed by the structure of their set, building up the energy incrementally in a series of waves, taking the audience along with them every step of the way.’ With the unbelievable reaction they received at these gigs, and the demand for more recordings of their music, Heron Valley released their debut album, Roam, in May 2017. This has been extremely well received by the public, and has been the focus of their gigs during their 2017 Summer tour.

The Spanish Peaks Celtic Festival would like to wish our followers the most joyous holiday season! This is a very special time of year for us – this is when... END_OF_DOCUMENT_TOKEN_TO_BE_REPLACED

November 11, 2022 For Immediate Release: We are pleased to announce that the 2023 Spanish Peaks Celtic Music Festival is planned for September 21–24, 2023.  Located at the foot of... END_OF_DOCUMENT_TOKEN_TO_BE_REPLACED

A hearty THANK YOU to all of the supporters and friends of the Spanish Peaks Celtic Music Festival!  This year’s festival was (according to many of the attendees), one of... END_OF_DOCUMENT_TOKEN_TO_BE_REPLACED

To all of our loyal Spanish Peaks Celtic Music Festival Supporters: We are just a few hours away! In order to have time to create our class rosters, we have... END_OF_DOCUMENT_TOKEN_TO_BE_REPLACED