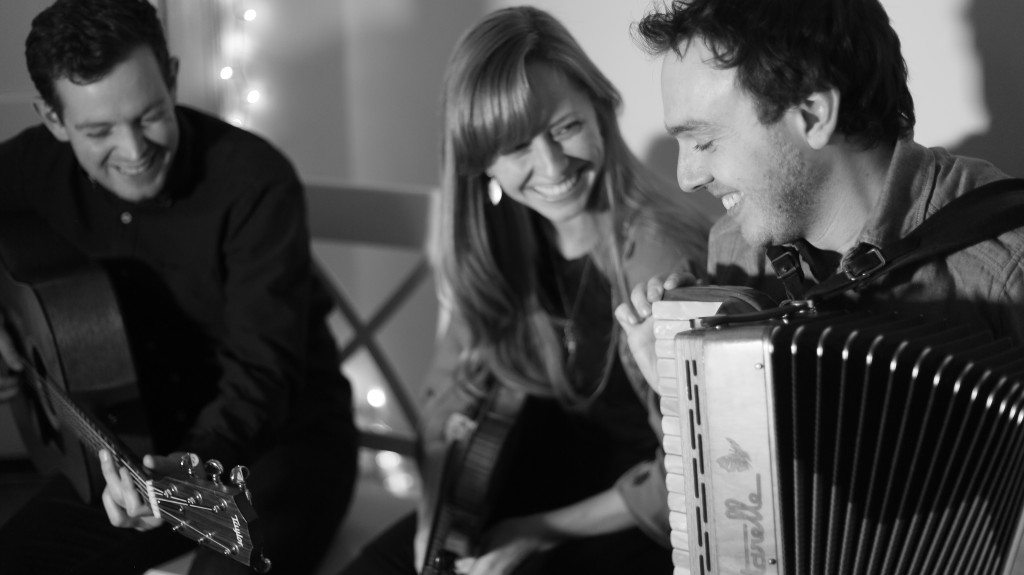 Joanna Hyde made her first visit to the Festival in 2017 with her brother Iain, and husband to be, Tadhg Ó Meachair.  Together they charmed audiences and students with the joy they expressed in their music.  Joanna and Tadhg will be returning in 2018, and bringing with them Dave Curley, a multi-instrumentalist, singer, and dancer from Corofin, Co. Galway.

The three together form an exciting and dynamic transatlantic trio that presents a rousing blend of Irish and American folk music, having already won over audiences on both sides of the ocean. The group is made up of Dublin’s Tadhg Ó Meachair (Goitse), Galway’s Dave Curley (SLIDE) and Denver, Colorado’s Joanna Hyde (The Hydes), and features a mix of Irish and American folk music and song – both traditional and newly-composed – presented in an energetic and engaging manner. Their performances strike a tasteful balance between the stories found in ballads across both sides of the Atlantic and the respective instrumental music traditions of these places.

Award-winning instrumentalists each in their own right, Dave, Tadhg & Joanna take a unique twist on the diverse strengths of their individual backgrounds, weaving between traditional melodies, their own compositions, and songs from the broader folk canon. The results are highly personalized and thrilling in their daring and forthright grasp of their material. Through a shared deep-rooted passion for Irish traditional music, this trio highlights the vital role of Irish traditional music as an origin of many American folk musics, and explores how those styles can interact with one another in a manner both eclectic and grounded. Having collaborated on the recently-released ‘One for the Foxes’ CD, this trio looks ahead excitedly to its upcoming 2018 US tours. All three can also teach workshops on their respective instruments. 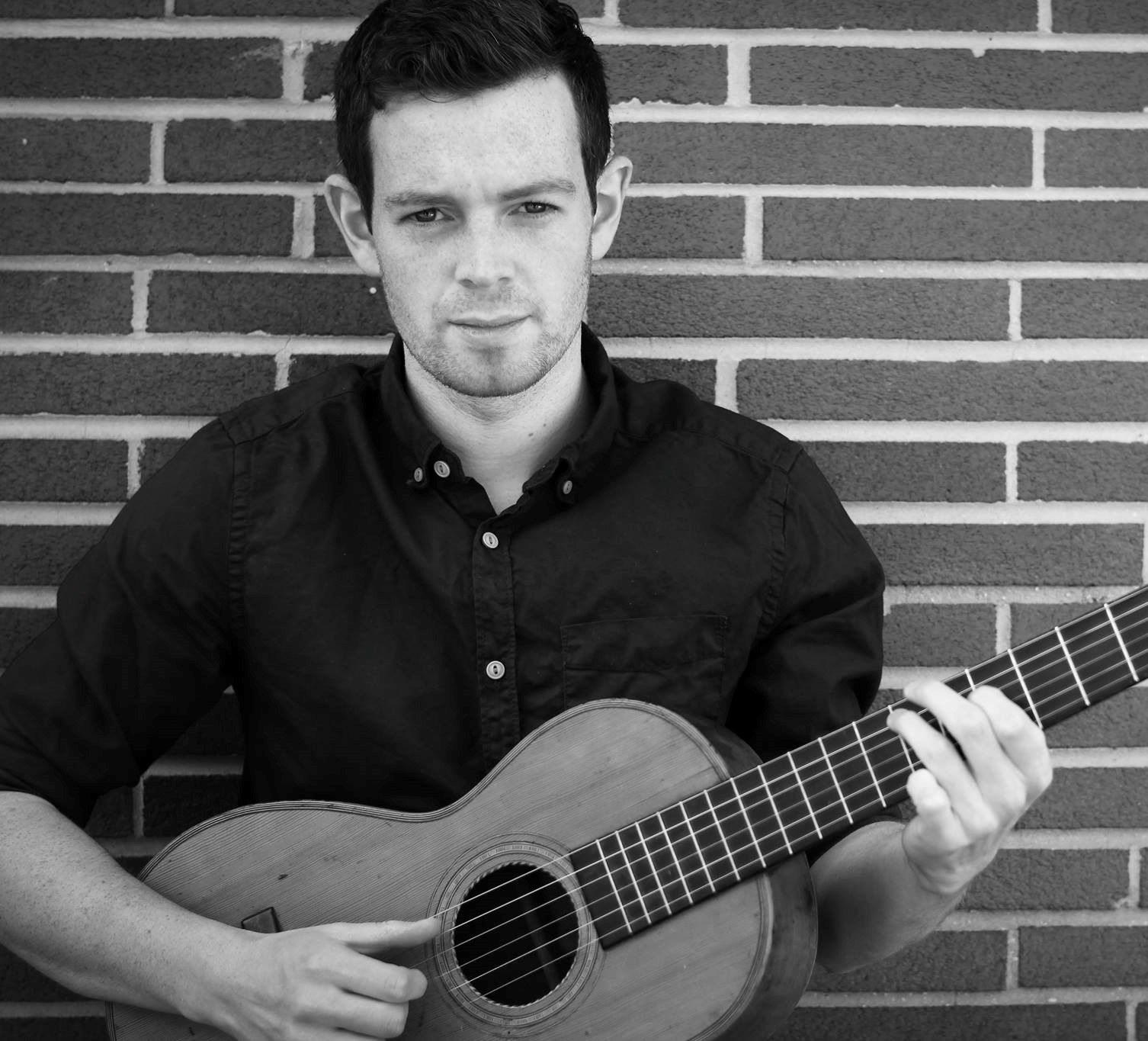 Dave Curley, a multi-instrumentalist, singer, and dancer, has been making big waves in the Irish music scene in Ireland, Europe and the USA in the last number of years. After graduating from the University of Limerick’s groundbreaking Irish Music and Dance programme with a 1st class honours, Dave became a creative member of award-winning bands SLIDE and RUNA. He also regularly performs with Grammy Award winner Moya Brennan of Clannad, who is also performing at the Festival this year. More recently, Dave has been performing with ‘Instrumental band of the Decade’ The Brock McGuire Band. Dave has also recorded with producer Donal Lunny and Grammy award Winners Ron Block, Jeff Taylor and Buddy Greene. His most recent record, ‘A Brand New Day’, marks a new beginning in his musical career and showcases his vocals and writing style which has a contemporary sensibility whilst rooted in tradition. 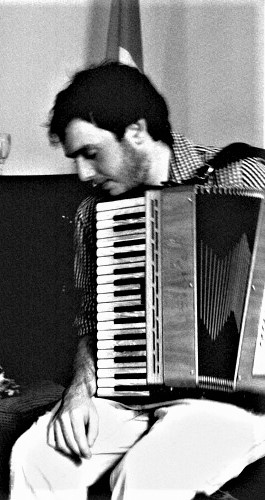 Tadhg Ó Meachair has established himself as a force in the world of traditional Irish music. A recent All-Ireland piano title win is among the various awards for piano, piano accordion and accompaniment that have cemented this fact in the minds of the traditional music community. As well as extensive tours of the US and Europe with Goitse, he has performed on a variety of stages around the world to huge crowds and esteemed audiences; from Ireland’s National Concert Hall to Music Crossroads in Zambia and from the infamous Festival Interceltique de Lorient to a garden party hosted by Uachtarán an hÉireann, the President of Ireland.

Tadhg has also taught extensively at festivals across Europe and can teach a variety of classes from piano and piano accordion, to accompaniment classes for a range of accompaniment instruments. Having grown up in an Irish-speaking home, and having studied the Irish language to University level, he has even been known to teach a few Irish or ‘Gaelic’ classes. 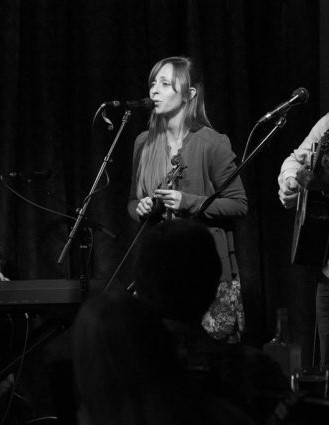 Joanna Hyde’s musical talents include classical, Irish, Cape Brenton, Texas swing, bluegrass, American folk among other styles.  Joanna graduated magna cum laude from Colorado College with a BA in Music in 2009, and was recognized with the Music Department’s top performance and academic awards. In 2011, Joanna was selected as one of 10 scholars from across the United States by a panel of distinguished arts professors and professionals to receive the Jack Kent Cook Foundation’s Graduate Arts Award. With this generous scholarship, she moved to Ireland to pursue three years of studying Irish traditional music as well as teaching at the University of Limerick’s Irish World Academy of Music and Dance. Joanna graduated with an MA in Irish Traditional Music Performance in 2014, and currently splits her time between Colorado and Ireland, performing and teaching music.  She is known for her collaboration with her brother, guitarist Iain Hyde, as well as with husband and Irish pianist/accordionist Tadhg Ó Meachair .

The Spanish Peaks Celtic Festival would like to wish our followers the most joyous holiday season! This is a very special time of year for us – this is when... END_OF_DOCUMENT_TOKEN_TO_BE_REPLACED

November 11, 2022 For Immediate Release: We are pleased to announce that the 2023 Spanish Peaks Celtic Music Festival is planned for September 21–24, 2023.  Located at the foot of... END_OF_DOCUMENT_TOKEN_TO_BE_REPLACED

A hearty THANK YOU to all of the supporters and friends of the Spanish Peaks Celtic Music Festival!  This year’s festival was (according to many of the attendees), one of... END_OF_DOCUMENT_TOKEN_TO_BE_REPLACED

To all of our loyal Spanish Peaks Celtic Music Festival Supporters: We are just a few hours away! In order to have time to create our class rosters, we have... END_OF_DOCUMENT_TOKEN_TO_BE_REPLACED