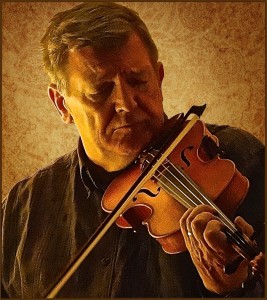 A few days ago we announced the 2019 return of Old Blind Dogs, and renowned fiddle player Jonny Hardie. We’re excited to announce that another stellar fiddler, Kevin Burke, will also be returning this year.  He last performed at the 2017 Spanish Peaks Festival, playing in two demo/performance, one knockout concert, and teaching two advanced fiddle workshops.  If you were fortunate to experienced him two years ago you will likely be thrilled to know he is returning.

He has been described as “Lyric, fluid and precisely as tricky as he needs to be…probably the greatest Irish fiddler living” by The Village Voice, and is said to be “… blessed with a silky touch on the bow that effortlessly moves from one note to the next, creating an aural experience unlike any other in Irish traditional music today.”by Irish Echo.  The New York Times simply states, “One of the great living Celtic fiddlers.”

If you are an intermediate/advanced fiddle player, or simply someone who appreciates advanced musicianship, we feel certain that you’ll want to be present at this year’s event!

The Spanish Peaks Celtic Festival would like to wish our followers the most joyous holiday season! This is a very special time of year for us – this is when... END_OF_DOCUMENT_TOKEN_TO_BE_REPLACED

November 11, 2022 For Immediate Release: We are pleased to announce that the 2023 Spanish Peaks Celtic Music Festival is planned for September 21–24, 2023.  Located at the foot of... END_OF_DOCUMENT_TOKEN_TO_BE_REPLACED

A hearty THANK YOU to all of the supporters and friends of the Spanish Peaks Celtic Music Festival!  This year’s festival was (according to many of the attendees), one of... END_OF_DOCUMENT_TOKEN_TO_BE_REPLACED

To all of our loyal Spanish Peaks Celtic Music Festival Supporters: We are just a few hours away! In order to have time to create our class rosters, we have... END_OF_DOCUMENT_TOKEN_TO_BE_REPLACED