Once Again, From Lunasa…

Once Again, From Lunasa…

In 2018 the Spanish Peaks Celtic Music Festival was fortunate to have three fabulous musicians who have all played with Lunasa, the band that the New York Times described as “…the hottest Irish acoustic group on the planet.”  Kevin Crawford, Collin Farrell, and Patrick Doocey offered workshop instruction, performed, and helped make our free late-night sessions the best that I can remember.  This year flute and whistle player Kevin Crawford is returning, and bringing with him from Lunasa the gifted Armagh uilleann pipe and low whistle player, Cillian Valleley.  Cillian is also giving of his time and expertise to the Spanish Peaks Piping Retreat.  If you’re a piper, flute, or whistle player this is a fantastic opportunity for top instruction and demonstration.  If not, you still have two more great reasons to expect fantastic musical performance! 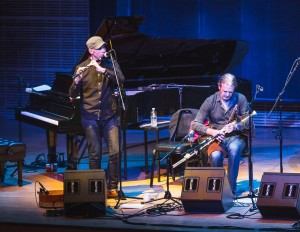 The Byrne Brothers are a multi-award winning family band and Irish dancers from Dublin and one of the biggest names in traditional Irish music today. They are Luca 18 on... END_OF_DOCUMENT_TOKEN_TO_BE_REPLACED

After first appearing at the 2018 Festival, Patsy O’Brien has become a Spanish Peaks regular.  It is likely because Patsy’s talents are so unique, truly inhabiting a niche of his... END_OF_DOCUMENT_TOKEN_TO_BE_REPLACED

Back in 2018 the Spanish Peaks Celtic Music Festival was thrilled to have two fabulous musicians attend: flute and whistle player, Kevin Crawford and fiddler Collin Farrell.  Both play with Lúnasa, the band... END_OF_DOCUMENT_TOKEN_TO_BE_REPLACED