Patsy O’Brien will again be a large presence at the 2022 Festival!

Patsy O’Brien will again be a large presence at the 2022 Festival! 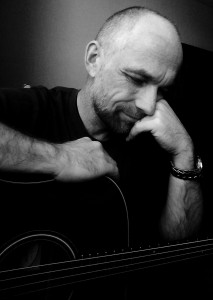 After first appearing at the 2018 Festival, Patsy O’Brien has become a Spanish Peaks regular.  It is likely because Patsy’s talents are so unique, truly inhabiting a niche of his own.  The NY Irish Echo is quoted (on his website) as saying that Patsy “‘Falls in the void between Van Morrison, Robbie Robertson and Jethro Tull.”  While Patsy is clearly an outstanding guitarist and singer, it is more likely Patsy’s ability to tell a story and to put a creative twist onto a traditional song that makes him such a favorite.  One such example would be his rendition of Irish folk song, “The Star of the County Down.”

This year Patsy once again headlines in Cuchara, starting the Festival off at the Dog Bar Thursday, September 22, 2022.  He will be performing and speaking throughout the Festival, so make sure you look for his concerts and workshops.

We will be publishing the official schedule and the opportunity to purchase tickets very shortly.  Please watch for an email announcement as soon as they are up on the website.

A hearty THANK YOU to all of the supporters and friends of the Spanish Peaks Celtic Music Festival!  This year’s festival was (according to many of the attendees), one of... END_OF_DOCUMENT_TOKEN_TO_BE_REPLACED

To all of our loyal Spanish Peaks Celtic Music Festival Supporters: We are just a few hours away! In order to have time to create our class rosters, we have... END_OF_DOCUMENT_TOKEN_TO_BE_REPLACED

Counting down the days, now!  For those of you that will be participating in the “Session Playing” workshops, the tunes are on our website under the “Workshops” link. These tunes... END_OF_DOCUMENT_TOKEN_TO_BE_REPLACED

La Veta will be active with live Celtic music from now through the end of September, when we will have the Spanish Peaks International Celtic Festival! Next Up: Thursday 8/25... END_OF_DOCUMENT_TOKEN_TO_BE_REPLACED