And from Galway, Dave Curley!

And from Galway, Dave Curley! 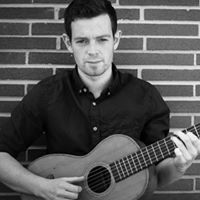 Dave Curley, a multi-instrumentalist, singer, and dancer, has been making big waves in the Irish music scene in Ireland, Europe and the USA in the last number of years. After graduating from the University of Limerick’s groundbreaking Irish Music and Dance programme with a 1st class honours, Dave became a creative member of award-winning bands SLIDE and RUNA. He also regularly performs with Grammy Award winner Moya Brennan of Clannad. More recently, Dave has been performing with ‘Instrumental band of the Decade’ The Brock McGuire Band. Dave has also recorded with producer Donal Lunny and Grammy award Winners Ron Block, Jeff Taylor and Buddy Greene. His most recent record, ‘A Brand New Day’, marks a new beginning in his musical career and showcases his vocals and writing style which has a contemporary sensibility whilst rooted in tradition. We are extremely pleased to add Dave to our lineup this fall!

The Spanish Peaks Celtic Festival would like to wish our followers the most joyous holiday season! This is a very special time of year for us – this is when... END_OF_DOCUMENT_TOKEN_TO_BE_REPLACED

November 11, 2022 For Immediate Release: We are pleased to announce that the 2023 Spanish Peaks Celtic Music Festival is planned for September 21–24, 2023.  Located at the foot of... END_OF_DOCUMENT_TOKEN_TO_BE_REPLACED

A hearty THANK YOU to all of the supporters and friends of the Spanish Peaks Celtic Music Festival!  This year’s festival was (according to many of the attendees), one of... END_OF_DOCUMENT_TOKEN_TO_BE_REPLACED

To all of our loyal Spanish Peaks Celtic Music Festival Supporters: We are just a few hours away! In order to have time to create our class rosters, we have... END_OF_DOCUMENT_TOKEN_TO_BE_REPLACED